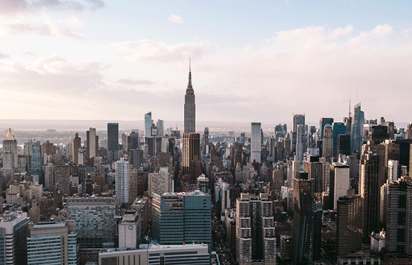 Hard work, big prize: Bristol is shaping what it means to be a smart city

How do cities get smarter? It’s a more difficult idea to quantify than you might first think, even if the concept of a city with intelligent systems for transport, energy and more is easy enough to grasp.

What was picked out as important?

There’s a growing effort now to bridge the gap between smart city programmes and strategic city priorities. That’s because cities are building links that will embed digital innovation in frontline services.
There’s a need to support the emergence of city platforms. As more cohesive strategies are being developed for the deployment of new technologies, including big data analytics and citywide internet of things (IoT) solutions, wider collaboration platforms are needed.
There is a strengthening of regional perspectives. As the extended scope of smart cities is recognized, smart city programmes are developing collaboration networks across combined authorities, county authorities, and regional agencies.
The partner ecosystems needed to deliver a smart city vision have to grow in many directions. The increasingly important role that local universities are playing in shaping and developing urban innovation programmes, for example, is notable.
There’s a need to develop more integrated approaches to city issues. A growing number of projects recognize the interconnection between transport, health, energy and housing, for example, and the need to assess the impact of innovations across these traditional silos.

How is Bristol leading?

All of these points – and there’s plenty of overlap between them, of course – play into the journey that Bristol has been on with its programmable city Bristol is Open (BiO) project since its launch in April 2015. In fact, it’s one reason why that just-released UK Smart Cities Index puts Bristol at the top of the UK pile in terms of its development and capability.

So just what is it about the Bristol project that others should emulate – and what exactly has happened in the two-and-a-half years since Bristol is Open launched?

Let’s start with the backbone of Bristol is Open – its infrastructure because it’s from here that the real work of delivering a smart city can flow. Professor Dimitra Simeonidou is a specialist in smart city infrastructures and the chief technology officer of Bristol is Open. She has contributed much of the architecture that makes up BiO’s programmable city-wide testbed and begins by painting a picture about just what’s been involved.

“It’s three-and-a-half years since we had this inspired thought: let’s try to change the world and embrace large-scale innovation. It was a big idea, and the challenge ever since, as the project has progressed, has been to live up to it,” she says.

“In terms of infrastructure, we took on a huge challenge with Bristol is Open. Bringing together an open infrastructure for experiments at a city scale is as big as it gets. To get things on the right footing from the start, we decided we needed to be technology-agnostic and to build our systems from the bottom up, using multiple, best-of-breed suppliers and technologies.

“At times that has made our progress slower than it would have been with a more narrowly focused supplier base, but we’ve also created something that’s adaptable: a software-defined network with a heterogeneous infrastructure.”

Simeonidou adds that, along the way, Bristol has also managed to set some of the terms for what a smart city means. “The concept of ‘city experimentation as a service’ is ours, as is the idea of a ‘programmable city’. The terms have been widely adopted by others now, but they were born in Bristol.”

If that’s the premise behind BiO and its infrastructure, what’s now being delivered on BiO’s fibre network and its middleware?

“All our fibre network and all our cloud infrastructure is in place now and working perfectly for our city-centre site,” says Simeonidou. “Our Wi-Fi deployment is also there and deploying numerous small services. For the fibre in the ground what’s powerful is how we can control and ‘slice’ it for the purposes of different experiments.”

It took the form of a smartphone-driven “treasure hunt” in which participants had to solve puzzles formed in part from live video. The exercise was very successful in serving to demonstrate improvements to video latency – claiming latency reductions of several milliseconds and video distribution for MEC that was six times more efficient than standard IP tech.

“Latency reduction, higher bandwidth utilization, and the ability to deploy such services very close to end-users rather than in some distant cloud are crucial to the success of MEC services,” says Dirk Trossen, senior principal engineer at InterDigital.

For Simeonidou, what is following on the heels of the experiment is even more exciting. “By the end of November, we should have finalized a small cell deployment that is part of the 5G trials that are also here in Bristol, funded by the government rather than Bristol is Open. So we can be a 5G leader, too – and we got the opportunity because of our existing testbed.”

It means that by March 2018, Simeonidou estimates, a demonstration 5G network delivered in partnership with Nokia and the spectrum from BT will be switched on.

If 5G is another piece of infrastructure for the city, what is it making possible? Virtual reality and augmented reality use cases are being developed, and a Li-Fi installation that utilizes tech developed in Edinburgh to get high-speed internet connectivity from LED lightbulbs is on the way, too.

Immersive gaming and robotics projects are also on the agenda, plus large-scale deployments of high-speed infrastructure at Bristol City’s Ashton Gate stadium, delivered by Zeetta Networks, and a promised 5G city centre campus for the University of Bristol.

“The next step will be 5G for the masses,” adds Simeonidou, “and more quickly than you might think. By mid-2019 we will be seeing large-scale 5G trials around the world, and Bristol’s pioneering work will count for a lot.”

John Bradford, who leads the Hi-Tech Bristol and Bath community interest company, says Bristol is Open started off as a computer science challenge – how do you design a programmable city? – but is now on the cusp of being much more.

“It’s taken time to get here because it had to be robust – and it couldn’t be fully open or it might be abused. So getting the environment just right had held the key. The groundwork is done now or else close to being done, and all on open stacks and running open-source software, too.”

Barney Smith is the outgoing chief executive for Bristol is Open and says the projects worked on already, even as the infrastructure has gone in, help to point the way ahead.

“The focus for our smart city work is on the big challenges like a waste, pollution and congestion, and ageing and health services,” he said. “Water quality and air quality are also in the picture.”

One pilot project between Bristol City Council, the Japanese technology company NEC and the waste management company Bristol Waste, which has the recycling and waste contract for the city, was particularly instructive, says Smith.

“The pilot put sensors on municipal recycling bins to indicate when they were ready for collection and was relatively small scale, but you still learn a lot on a real-world pilot – for example, we found we needed powerful batteries to generate a strong enough signal for the sensor data to be picked up. That was a headache, but it’s also the point of a pilot that you work out what’s needed and the economics of scaling up.”

Dejan Bojic is director of smart cities for NEC Europe, which led on the project, and says wireless and connectivity learnings were part of the reasoning for the pilot, as much as exploring the potential for smarter, more efficient waste collections.

“You want to understand what kind of connectivity will fall over and not meet your needs. It’s something that you need to fully grasp, so connectivity was a big thing.

“In terms of setting up the sensors in lots of locations, that was easily done. We put sensors on 30 bins and started collecting data within 24 hours. We also ran some visualizations and analyzed the data to answer key questions about how fast the bins fill in different locations and the part that weather and other variables play in relation to the speed of filling.”

Bojic says the project showed that running a real-life commercial project at scale would be easy to set up logistically, but the challenge lies in robust service delivery and in making the economics work.

“What you find with a small pilot like this is that the economic case for a single-solution project is hard to make,” he says. “So you start to think about how several innovations might be delivered at the same time, taking full advantage of the technology stack, to move things forward in one giant stride. There are collaboration challenges there, and the need to break out of project siloes, but you immediately get a sense that it can ultimately be done, which is exciting in itself.”

“Where Bristol is showing the way ahead is in the role of detailed collaboration to deliver the smart city,” he says. “Lots of other smart city pilots fall over because of the need to involve multiple parties and the need for middleware technologies that can bridge any gaps.

“Bristol has these elements in hand already, which means our focus is already further down the line – how to bring together several projects in one go to make the economics work, and to get them live and delivering.”

Bojic believes that within nine months the smart waste ambitions explored by the pilot will translate into a real commercial project, in part because other projects will gain traction that can be delivered in tandem.

What’s next for Bristol is Open? Barney Smith is handing over to a new chief executive, Julie Snell, and lots of activity should quickly follow, with the infrastructure now established.

“It’s been a learning process to get to this point,” says Smith, “but the speed of deployments and pilots can now ramp up. There is always a challenge when you work with immature technologies that aren’t quite robust enough, but it’s a journey you have to travel.

“The next 12 months are seriously exciting – and the economics of a smart city makes this a really big prize too. It should raise Bristol up and create value very quickly from here.”